Build to rent investments to become the mainstream by 2025 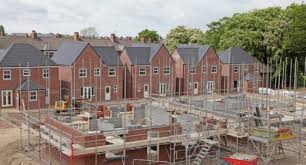 In recent years, the UK housing market has experienced a steady increase in the number of residents renting privately: 20% of households are now in private rented accommodation across the UK (with 30% of the population renting in London).

This trend can be attributed to the poor supply of new homes and rising house prices. In recent years, the shortage of housing supply has been thrown into the spotlight thanks to the combination of a recent price boom and stagnant real wages. According to figures by Nationwide, the annual rate of house price growth has increased to 2.5% in October 2017, pushing homeownership further out of reach of young Londoners looking to buy their first property.

These factors all contributed to opening a gap in the market, giving property developers a new way to profit from Generation Rent: those under 35 years old in full employment stuck in overpriced housing and earning too much to qualify for social housing.

In 2017, the growing build-to-rent market attracted £2.4bn in investment and is forecast to grow by a further 180% over the next six years. It seems like build-to-rent offers great opportunities for property investors: in fact, the demand for more affordable private rental properties is expected to increase alongside the development of new build-to-rent units. Recent forecasts by PwC property consultants expect to see 60% of Londoners living in rented accommodation by 2025.

New purpose-built homes are typically flats, developed with the aim of appealing to long term renters instead of buyers. A typical example would be the former 2012 Olympics athletes accommodation in Stratford, London, now converted to a build-to-rent style complex. Research from the BPF and Savills published in April 2018 shows the total number of build-to-rent homes complete, under construction and in planning across the UK has increased by 30% in the past year. There is no doubt that this figure is set to increase.

To tackle the recent housing crisis, Prime Minister Theresa May has invested government funds to increase housing supply by building 300,000 houses a year for the next five years. Build-to-rent was not a focus area for government action, instead focusing its efforts to encourage homeownership. However, in May 2018 the British Property Federation has published research that shows 75% of MPs support build-to-rent and its contribution to the UK housing supply. Although London mayor Sadiq Khan has announced his intentions to build 5,000 build-to-rent properties in the capital, investment is only limited to collective investment, and not singular bodies. It seems like the government has identified build-to-rent as a way of boosting supply, however we are yet to see schemes opened up to local authorities and developers.

The government has called for the entire private rental sector to provide longer-term tenancies for families and older renters, and many large development companies have responded to this growing need. Noteworthy build-to-rent investments included Grainger agreeing three deals for a total of £86 million in Sheffield, Manchester and Birmingham. Additional investment from Legal & General meant that Birmingham alone secured £81 million worth in investment during the fourth quarter. One of the landmark London deals of 2017 was CPPIB’s £250 million investment in to Lendlease’s Elephant & Castle project.

The build-to-rent sector is funded and managed by investors who require long-term rental growth, which means its business model essentially depends on ensuring its customers’ experience of renting is an enjoyable one, and the sector becomes one in which they are happy to stay if they wish. Although build-to-rent may not be a mainstream property class at the moment, increased investment patterns, growing demand and the government’s rising support for this asset type are proving to be invaluable to the acceleration of this industry.